My family and I just got back from a wonderful trip to Mexico. I’ve been to Mexico a few times, the first one being in college on an archeological/architectural study. This was my first time taking my kids though, and something stood out to me over and over again during our time there: Everything felt so very familiar to me. It felt like a strange thing to think, having visited the country only a handful of times, each time many years apart, and to entirely different regions.

END_OF_DOCUMENT_TOKEN_TO_BE_REPLACED

Before the show last night I put on a new wig cap so tight I could barely fit it on my head. I took it off, tried unsuccessfully to stretch it out, and somehow got it back on along with my wig, having run out of time to fool with it anymore.

END_OF_DOCUMENT_TOKEN_TO_BE_REPLACED

My twins are in the same class at school, and for the past few months my daughter has complained off and on about a boy bothering her. He is rude to her, insults her, yells at her, the list goes on and on. Every time she brought this up, my son would get very angry because it just so happens that this other boy is a friend of his. He felt hurt that she said bad things about his friend. She felt hurt that he didn’t believe what she was saying. Everyone would blow up at each other and then go off to their own corners until the topic inevitably came up again.

END_OF_DOCUMENT_TOKEN_TO_BE_REPLACED

You don’t owe anyone an explanation about your body choices.

END_OF_DOCUMENT_TOKEN_TO_BE_REPLACED

This piece originally appeared on MockMom.

Hi, kids! I’m Pistol Pete, the new mascot here at Sunnyside Elementary. I may look like a scary semi-automatic weapon, but don’t worry, I’m here to keep you safe and sound! Sure, it feels strange seeing a gun in your school—that used to be a no-no! But we’ll be seeing a lot more of each other since district policy now requires me to be carried by your teachers, principal, cafeteria workers, janitors, and a variety of community volunteers.

END_OF_DOCUMENT_TOKEN_TO_BE_REPLACED

“Why are your eyes red?” The big black eyes looked curiously at me as their owner asked a question I didn’t know how to answer. “Oh I’m just kind of hot,” I whispered. The worried little chubby face softened into a shy smile. “Me too.” The two of us were huddled in a tiny bathroom with 20 or so other students and their teachers. We barely fit inside.

Just minutes before a lockdown had been announced at the elementary school where I’d been working with a teacher. The two of us had flown to the classroom after hearing the announcement, herding the preschoolers into the bathroom.

Students from the neighboring classroom had filed wide-eyed into the next bathroom over. They seemed to grasp the gravity of the situation more than the 4-year-olds I was with, but then, they were older and more familiar with this; they were 6 years old, after all, and had more experience with these things.

The teacher began softly reading a picture book to try to keep the kids occupied. I tried to text my husband and family, feeling overdramatic at first and then reasoning I would rather come off as overdramatic than, well, it was just better to text them.

And there we all were, the preschoolers, their teachers and me, listening to the story and listening for gunshots. I certainly was, and I felt like I was going to jump out of my skin. What was happening out there? What was taking so long? Surely this was a false alarm.

But I knew the statistics. And I knew why these kids knew exactly what to do the second the word “lockdown” was spoken — because in so many other places on so many other days it was completely real. And it could be real here, too, now, on the other side of these few inches of wood I was leaning against, the only thing separating us from whatever was going on outside.

My heart started to race faster. My eyes filled with tears again, and I turned them away from the inquisitive little black eyes. I instinctively hugged the kids nearest to me as closely as I could, taking two of them onto my lap. If it was someone else in here with my own kids, I would hope they would comfort them, and since it was me here I would do the same.

My mind flew to my kids, sick at home, my youngest the same age as these students here. They were probably still in their pajamas, watching movies with bleary eyes, completely unaware of what was happening across town. My throat squeezed shut.

I shoved panic down, focusing on the children surrounding me. The students were getting antsier by the minute, physically unable to comply with their teacher’s pleas to stay quiet. The little girl next to me kept inadvertently bumping the door with her small frame in an attempt to get more comfortable.

Every time she did so, it made a loud banging sound. One of the teachers and I tried to get her to hold still, but the banging continued. I felt a hysterical laugh rise inside me. “You’re going to get us killed, kid!” I thought.

Any attempt to keep a pack of 4-year-olds silent is comical in the best of circumstances, and in this one it felt like the darkest of dark jokes. And that was before they all decided, after being close to the toilet for so long, that they absolutely, positively had to use the bathroom.

If he breaks in here …

But he’s not going to. It’s got to be a false alarm.

He won’t. He can’t. Is there even anyone out there?

I made room for a third child on my lap, and I remembered the trite, rote responses to my last email begging my representatives for gun-reform legislation. The virtual pat on the head. “Your concerns are very important to us. The Senator believes in citizens’ right to arm themselves …” The memory made me shake with anger. “Our thoughts and prayers …”

Where are your thoughts and prayers now, senator? I can’t feel them here on this linoleum floor with these impossibly tiny bodies squirming around me. Look over there, senator. Send your thoughts and prayers to that 4-year-old boy crying in the corner. Tell him how hard you fought to protect his fragile little life. Tell him your significant campaign donations from the NRA had no bearing on your decision to vote against common sense measures that would pull him out of this smelly bathroom and into his classroom, where he should be. Explain that your donors’ “right” to own military-grade weapons outweighs his right to attend school without being murdered or traumatized. Tell him, sir. I’m listening.

And all of a sudden, it was over.

My ears, pricked so long for the sounds I dreaded suddenly heard a jangling of keys and a friendly voice telling us we could come out now. We poured out of the bathroom. The children settled back into play. My texts to my family finally went through as my reception picked back up.

I gathered the few remaining shreds of my nerves, said a few words of encouragement to the teachers, picked up my things and headed home. It was a normal, sunny day outside. A man walked by, lazily laughing as he talked on his phone.

It turned out that there had been a shooting in the neighborhood. Since the suspect had fled the scene before being apprehended, police had put the schools in the area on lockdown as a precaution. Standard procedure. Nothing special, nothing out of the ordinary, nothing even in the news.

Later, after briefly posting about my experience on Facebook, I would find out just how heartbreakingly ordinary it was as person after person shared similar stories: a 6-year-old who had proudly told his mom how quiet he had been during a lockdown at his school; a 5-year-old who had asked her grandmother if she had a lockdown plan in place at her home.

My experience with those kids and their teachers — the scariest, most viscerally terrifying one I can remember — is absolutely commonplace now in this country. A cliche even. As American as apple pie. 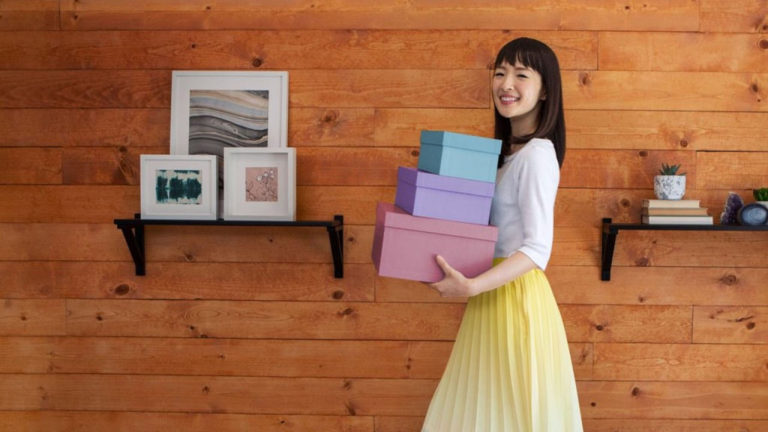 Like, oh roughly, 99% of the country right now, I’ve jumped on the Marie Kondo bandwagon. Actually that’s a lie. I haven’t watched a single episode, but I caught the gist from the preview on my way to watch Lady Dynamite.

Anyhoo, the important thing is I’ve made a life-altering decision based on a 30 second clip and the siren song of the latest trend sweeping its way through cluttered homes everywhere: I’m about to Marie Kondo my life. I’m serious, if something isn’t sparking immediate joy, that ish is on its way to the proverbial Goodwill.

END_OF_DOCUMENT_TOKEN_TO_BE_REPLACED

Whenever men report a problem with an app, the automatic responses will be as follows:

– Well if you weren’t on your phone so much…

– Why did you wait so long to report this?

– I totally believe you but what evidence do you have?

END_OF_DOCUMENT_TOKEN_TO_BE_REPLACED

Throughout every atrocity, every outrageous thing that has happened over the past couple of years, I have tried to remain hopeful. I have turned my anger into action, and I have encouraged others to do the same.

But this latest thing- a 7-year-old little girl dying of dehydration while in the custody of U.S. Border Patrol- has me gutted.

END_OF_DOCUMENT_TOKEN_TO_BE_REPLACED

"Who's Watching Your Kid, Asshole?"

When you finally land a jewelry modeling gig and n

"THOSE WHO DYED (their clothes inadvertently after


Error: API requests are being delayed for this account. New posts will not be retrieved.