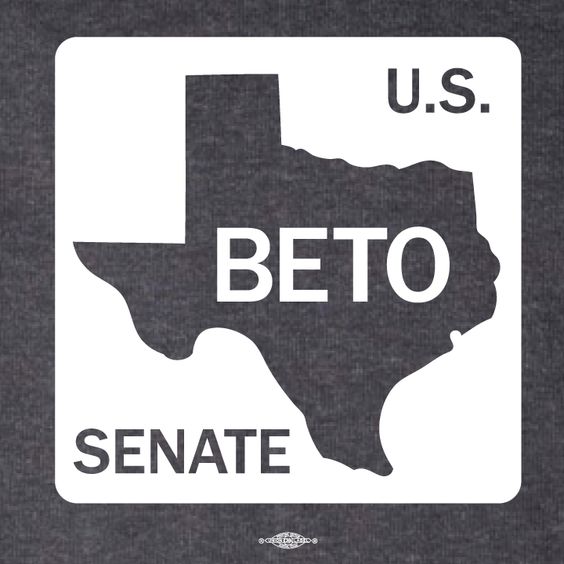 Even if you don’t live in Texas, you’ve probably heard about our Senate candidate, Beto O’Rourke: state rep, skateboarder, former punk band member, and all around dreamboat. And, you know, he’s got good ideas and stuff. He’s in a tight race with our current Senator Ted Cruz, so he needs every bit of help we can throw his way. So I, being a complete introvert who makes her 9-year-old twins call to order pizza so she doesn’t have to use the phone, naturally signed up to do a block walk for the campaign. Actually, my little sister bullied me into it. She really is ruthless. I’m not sure how much of a difference I made, but it felt good to get involved, and it gave me the material for this post, so win-win!

2. Someone’s gonna call you ‘sweetheart.’
This will most likely be the 75-year-old grandfather you catch unawares as he is woodworking in the garage. It will also occur just before he screams you off his property when he finds out why you’re here. Ah well, it was nice while it lasted.

3. You’re going to sweat your ass off, no matter what time of year it is.
Buck up, buttercup. Nobody said this was going to be a walk in the park… which would also be a hot mess if we’re being honest.

4. The words ‘Hillary,’ ‘Benghazi,’ and ‘open borders’ will probably come up.
Do not, I repeat, DO NOT make this into a drinking game if you want to keep this unpaid, thankless gig. Your (also volunteer) field manager will… probably still need your help- this is more about your health really.

5. You’ll develop a new respect for Jehovah’s Witnesses.
Relax, I have family members who are JWs, and I’m seriously going to ask them for tips at Christmas. Wait…

6. The temptation to just jump in your car and speed off will be overwhelming at times.
No one would ever know! You’ve already posted your humble brag on Instagram and duly received your hard(ly)-earned praise. You could just chill at Starbucks for the next two hours and then talk a big game at the team debrief later.

7. You’ll vehicle-profile people to decide whether to knock on their door- and then hate yourself for it.
Look, I’m not proud of it, but I thought twice before approaching a house with three Chevy pickups in the driveway. If they had a Prius though? Well, I was all over that. Know your audience. Relax, I have a Chevy pickup. Maybe.

8. You might cry.
This will most likely be when someone A) actually opens their door for you, B) doesn’t immediately slam it back in your face, and C) says they’re supporting Beto and would you like a glass of water.

While we’re talking about voting, have you done that yet? Get on it! You can find your nearest polling location here.

There was at least one good thing in 2021: I reach

When the world is a dumpster fire but also it’s

What in the hipster hell…. #austin

It really was too loud though. 🤷‍♀️