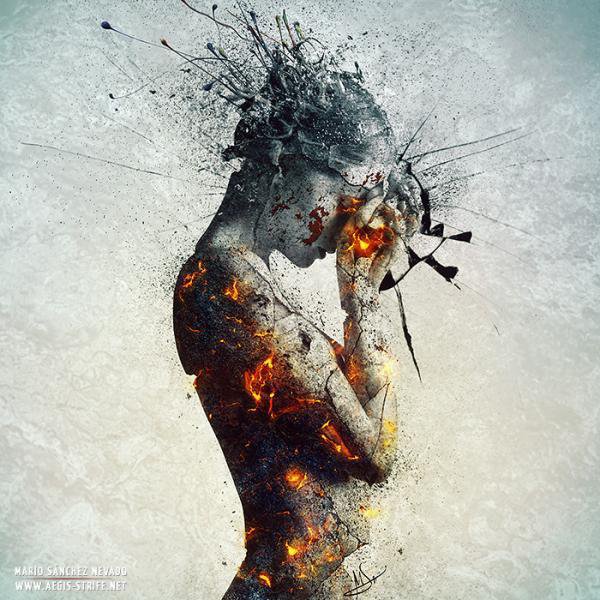 I wrote this post over 2 years ago. I think of it often, especially these past couple of weeks.

I always spend the last 20 minutes or so of my workout stretching on a mat in a quiet corner of the gym. A few minutes after I got on my mat today, a man came over, put his mat very close to mine, (less than a foot away), and began stretching as well. It felt like such a strange move, considering that it was an off time and not many people were at the gym. He had the floor almost entirely to himself, and he had chosen to place his mat mere inches from mine.

I continued stretching, trying to ignore him and not to let my imagination get the best of me. I laughed it off at first, thinking “So what if he wants to stretch *right* next to me. He’s not doing anything.” But as time passed, I started feeling more and more uncomfortable. I became aware that I was trapped on three sides, with the man on my left and a large counter in front of me and to my right. Finally, I picked up my mat and moved to another part of the floor farther away. I looked back at the man, who was looking over at me, probably wondering why I had gone.

And nothing happened. Maybe nothing would have ever happened, I don’t know. Maybe I was being paranoid and maybe I wasn’t, but the whole thing got me thinking.

It occurred to me that most men will never know a feeling like that- that feeling of vulnerability. Of having to look over your shoulder when going out to a parking lot late at night. Of finding yourself alone in a building with someone stronger than you and realizing that no one knows where you are. Of having to mentally weigh the threat level that comes from unwanted attention. Sure, there may be certain times when men feel those things, but I’m talking about feeling them every day.

And it hit me that that’s privilege. It also hit me that in trying to explain the situation to my husband later, there was a good chance that he wouldn’t understand. That’s because, through nobody’s fault, privilege causes blindness. Just like I have a certain blindness to my husband’s experience as an immigrant, not being one myself, he has that same blindness to my experience as a woman.

There are many types of privilege that we may or may not be aware of: privilege related to gender, economic status, race, sexual orientation, the list goes on and on. But when we find ourselves in the privileged position, it’s important for us to recognize the blindness that position affords us. So it becomes our job not to brush off the concerns of others in different positions, but to listen to them. In doing so, we open our eyes a little more. We understand a little better. And, if we are diligent and persistent, we become a little less blind.

This morning I woke to the sound of chainsaws as w

And an endless stream of cat videos. 🙍

I hear Easter trees are a thing anyway. 🙍

In this month's newsletter, I speculate that [gest