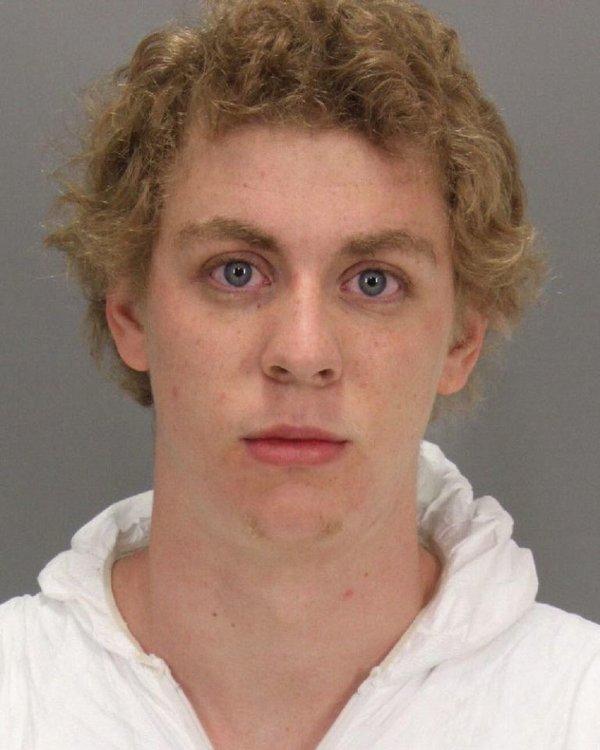 I imagine you must be feeling a little nervous after having been released from jail today. And with good reason; you served only half of a sentence that already fell woefully short of what any decent person would consider acceptable after the truly reprehensible crime you committed. Others have served longer literally for shoplifting hot dogs.

People are outraged. They feel that justice for your victim has not been served. They are terrified for the implications of your sentence and the message it sends to sexual assault victims everywhere. Angry internet commenters are telling you to look over your shoulder. This must make you feel vulnerable, defenseless, out of control.

So Brock, I’m here to share some advice with you on how to stay safe and protect yourself from any unwanted attention that may come your way. Hope you find it useful.

That alcohol makes us do CUH-RAZY things, am I right, Brock? (Of course you do, that was your whole defense!) Best to just play it safe and become a teetotaler, especially if you’re around other people. If you do decide to drink, don’t come crying to me later when the evening doesn’t end the way you thought it would.

Don’t wear anything that’s going to draw attention to you. Keep it classy, you know? Nothing too tight or revealing. You don’t want to send the message that you’re asking for it.

Let’s pretend you someday come within a one mile radius of a girl who’s been living under a rock for the past few months and you try to strike up a conversation with her. Be careful what you say. A few “Come here often?” or “You must know so and so” type comments may seem innocent enough, but they can really send the signal that you’re looking for an ass beating. Restrict your comments to the weather. Actually, scratch that. Slippery slope.

Avoid being alone after dark.

This is just self explanatory. I don’t care how much you want to take a relaxing solo evening stroll. If you are stupid enough to take that chance, there’s no telling what might happen to you.

In fact, avoid being alone ever.

You’re gonna want to travel in a pack from now on, Brock. It’s a herd protection thing. And for God’s sake, make sure you’re not the weak gazelle limping behind everyone else in the group. Some psycho will spot you a mile away and move in for the kill faster than you can say “20 minutes of action.”

Body language (keep your head up, swing your arms, stand up straight)

Project an air of utmost confidence and control at all times. Indicate with your body that you are completely and totally aware of the actions of everyone surrounding you. I don’t want to frighten you here, but one shoulder slump or faltered step and you’re toast.

Follow these steps to the letter and everything should be smooth sailing, sweetie! Not so sure? Don’t worry. If the unthinkable should happen, you can rest assured that the perpetrator will be behind bars for a long, long time- maybe even as much as three months. Anyway, good luck out there, Brock!

SIGNIFICANTLY. Cartoon by Caitlin Cass for The Ne

Move it along, Lisa.

Have you ever had those years that pushed you to y

This should end well.